In the past week alone, several of our friends have lost a parent. We even had one friend a few months ago lose both her parents in a tragic accident.  There have been some beautiful tributes and even social media posts sharing absolutely priceless photos and videos. As our friends faced the difficult task of planning memorial services, we learned that some of the parents communicated specific funeral wishes, while others did not. We realize this topic is highly personal and there’s certainly no judgement here, but it did get us thinking about how to have that conversation with parents. It’s hard enough thinking about end of life for ourselves, let alone broaching the subject with someone we love.

Instead of attempting to answer the question ourselves, we turned to a friend of ours who owns a cremation and funeral care company and has end-of-life conversations on a frequent basis. We’d love to introduce you to Cathy Boomer, the owner of Signature Funerals in Kansas City. She has created an amazing new model of funeral planning – one that is truly focused on compassion and capturing the desires and personality of the people she works with. Talking with Cathy, she told an amazing story about a conversation she had with not her parents, but with her son. We thought it was a great example of how to truly get to the intimate thoughts people have as it relates to their own memorial service. Cathy wrote about this on her own blog back in 2012. It’s timeless, and we we’d like to share her comments below. You’ll love this story and you’ll love this approach.

Using Storytelling to Talk with Your Parents About Their Funeral Care

For 90% of families, talking to your parents about their wishes for their funeral is very difficult. There can be a generational aspect around the fact that their parents didn’t talk about it and they don’t want to talk about it either. There is also the thought that if I talk about it (death), then it will occur. Lastly, there is a more likely reason, that it is such a sad subject, that the thought of leaving your family members, that it is too much to think about it or discuss it.

As loving family members, we still want to handle a funeral with our parents, spouse’s, children’s wishes being honored. To do that, a plan is necessary, no matter, how painful it can be to bring up. There are several ways to start the topic. The first one, that I want to look at today, is by telling a story. We all know that it can be easy to visualize an outcome by telling a story. To illustrate uncomfortable topics with my children about moral issues, when they were in middle school, (no details, here) I would tell a story about how another mother handled the topic with their children. OK, I was chicken. However, that approach works well, with this subject also. To start by saying, “Mom, I heard about a funeral that included a bagpiper at the conclusion of the service – Have you ever seen that before?, Would you want one of those? What else would you want to have?” Whether the response, “That’s lovely” or “That’s crazy”, you now have a starting point to get some information about what your mother would like at her funeral.

With a  younger generation, I think that being direct, is probably more suited to them, but that is not saying that this isn’t a hard topic to bring up. My oldest son is in the Air Force, and when he was 21, he was going to “jump school” during a summer break. About a week, before he left, I told him that we were doing a funeral plan for him. He said “You have got to be kidding.” When I assured him that I wasn’t and that I had a funeral plan that I wanted to test out for my business (still 3 years away), while he was packing to go, I started asking him questions. Since, I knew all of the basic information, I went to “What kind of music do you want” Johnny Cash. ”What kind of flowers would you want?” Wildflowers. ”Where do you want to be buried?” Not at a cemetery that was located at a busy, intersection, in our city.  We then discussed what kind of burial arrangement would he want and he asked me what I wanted, another way for me to send the information to him. In my funeral plan, I include a question on life affirmations. What are some great memories? What haven’t you done that you have always wanted to do? I was enriched to get his answers on those questions. When I asked him, what are his favorite movies, then he asked me if I wanted to know his favorite books. When he offered me his favorite quotes, I said, “You have favorite quotes?” I learned a lot about him at 21, that I didn’t know. If the unthinkable had happened during the week at jump school, I would have known how to honor his life, befitting his wishes. At the end of our conversation, I was half laughing and half crying. He was completely laughing and I told him “I don’t know about you, but I feel better”

If your parent, becomes defensive, then it is time to save the conversation for another time. This usually happens with a direct/frontal question. But by bringing the conversation up with a story or example of another experience, one that you would or wouldn’t choose, that is a soft way to look for direction for your parents. If you have parents over the age of 60, they have experienced the loss of parent, friends and/or friends that have lost children. They have seen or have feelings about what is and isn’t right for them. The direction, you get from those conversations, will be a gift, when it comes time for you to direct their final wishes.

If this topic is of interest, we’d also recommend reading the book, Being Mortal, by Atul Gawande. We wrote a short post about this back in May 2017 so feel free to check that out here. Please share your comments and stories as we hope to learn from each other. Peace be with you! 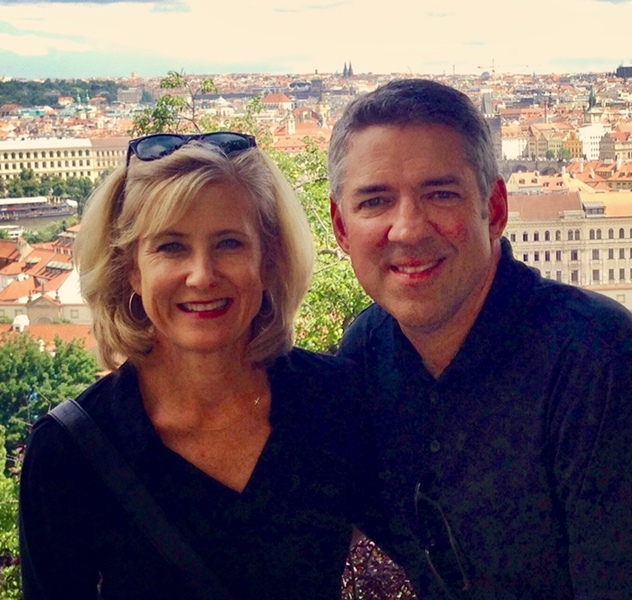